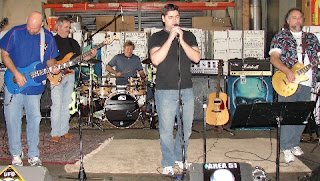 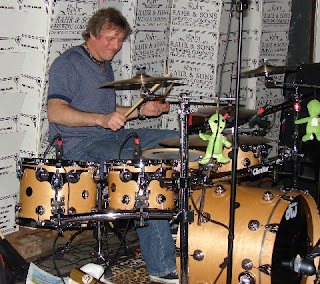 Tom recently joined a band, Waiting for Abduction, as the drummer. They played their first gig this afternoon at the Rahr Brewery warehouse in Fort Worth. The gig was hosted by the Fort Worth Runners Club and Team in Training to celebrate running the Cowtown Marathon. Aleck already has a love for music so he had a great time. He was mesmerized by Britt playing the guitar. AJ was walking around bouncing his head up and down to the beat of the music. The music wasn't too loud, but I put cotton in AJ's ears just to be safe.
Aleck met JB, a long-time friend of Tom's. JB works as Head Brewer at the brewery. 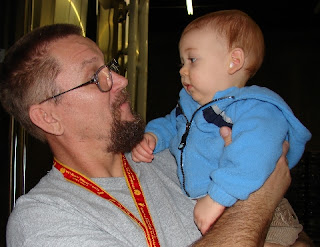 Mike and Sheree, great friends of ours, were also at the event. Mike and Sheree drove all the way to Alabama to be in our wedding. 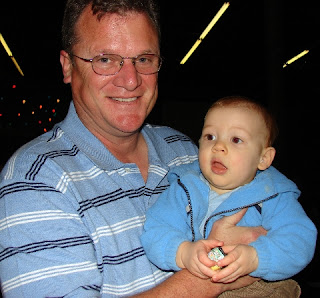