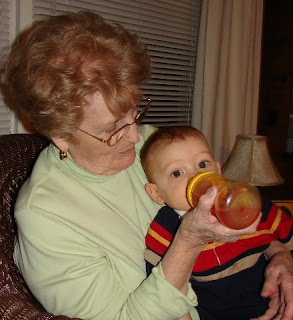 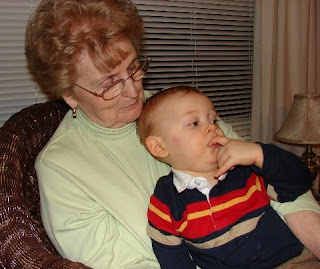 Aleck got this adorable hat from Aunt Darla and Uncle Paul and looked so cute with the hat turned sideways.

I had to be fast with my camera to snap a picture with Aleck sitting in Nana's lap. For those of you that have been around AJ, you know he runs 90 miles an hour and rarely sits still long enough for a picture. 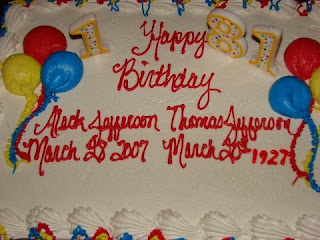 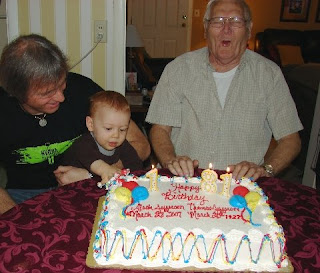 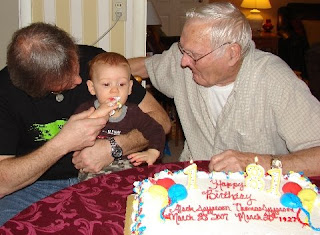 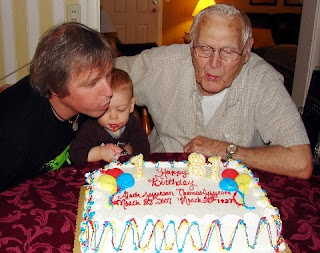 I love the picture of PawPaw laughing. When Aleck was in his cupcake here it was a belly laugh to watch him. Looks like his gets his red hair from Tom's mom *big gin*

I love the pic with the hat.
That is so neat to have shared his birthday party with PawPaw. Those are definitely pictures to cherish.
He is such a cute boy.