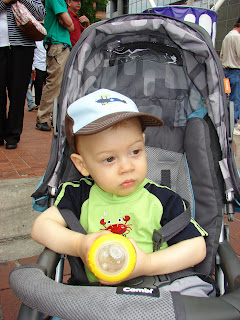 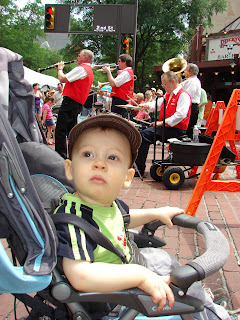 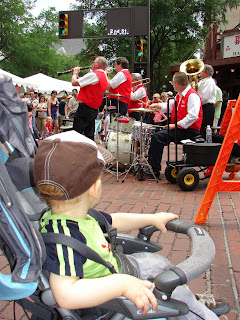 Tom was out of town this past weekend at a pipe band competition, but Aleck and I went to the Fort Worth Arts Festival. It was crowded and at times difficult to navigate the crowd with a stroller, but we had a great time. We stopped to watch a jazz ensemble and Aleck was mesmerized by the drums. When I let him out of his stroller, Aleck made a bee line to the drum set. He wanted to play those drums so bad. I finally had to put Aleck back in his stroller because he was fixated on playing those drums. I had to explain to the drummer that my husband is a drummer and Aleck LOVES drums. I think the guy was flattered by all the attention he received from Aleck.