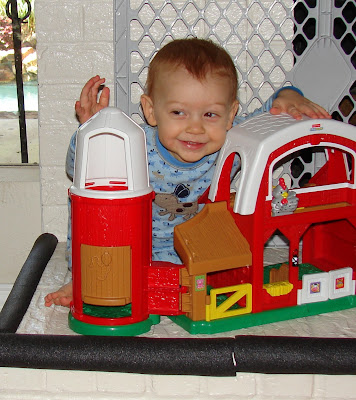 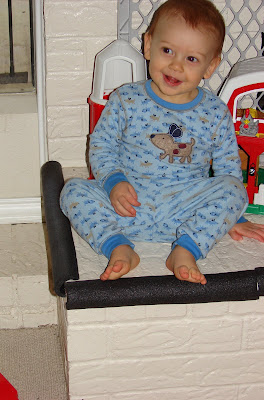 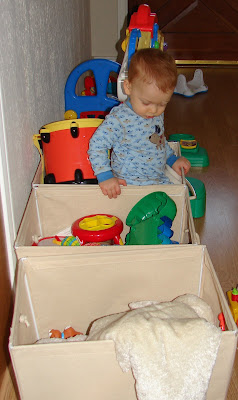 Aleck loves to climb on everything! He knows he isn't supposed to, but that certainly doesn't stop him. He gets in the fireplace and gets soot all over his hands and cloths. He climbs on the coffee table and proceeds to dance around and stomp his feet to call attention to the fact that he is standing on the table. He is especially bad about climbing when I am in the kitchen trying to cook supper and he wants me to come play with him. He knows the fastest way to get my attention is to climb. He gets this little grin on his face like the one in the picture with him crouching behind the barn toy. When he gets that grin, I know he is about to do something he is not supposed to do.

To discourage his climbing adventures, I restrain him in my lap and count to fifteen. He absolutely hates being restrained. It usually only takes 2 or 3 times of restraining and he decides climbing really isn't worth the consequences.

I love the picture of him behind the barn. The look on his face is priceless and so adorable.