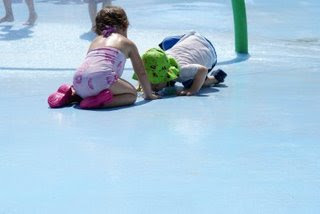 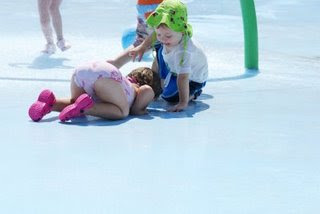 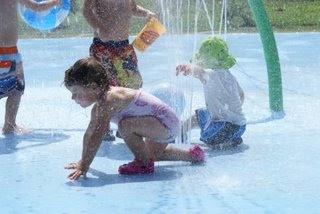 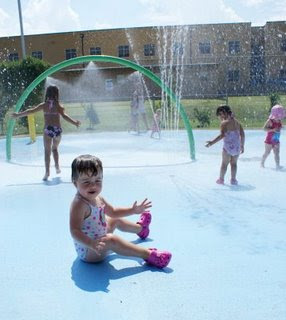 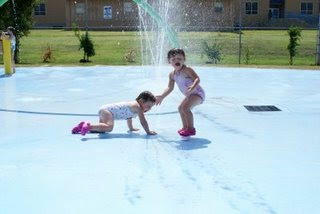 Aleck and I met Dede, Brooke and Presley at Splash Island. The kids had a blast. As soon as I put Aleck down, he headed straight for the water. There were water spouts that would intermittently shoot water out of the ground. When the water turned off, the kids would put their mouth over the spout. When the water turned back on, the kids would get sprayed in the face. The look on their faces was so funny. You would think they would only do it once or twice, but they did it over and over again.

I got my exercise chasing Aleck. He kept running towards the exit gate. The more I chased him, the more fun the game became, the more he headed for the gate.
I have more pictures, and will post them at a later date. Have a great weekend.