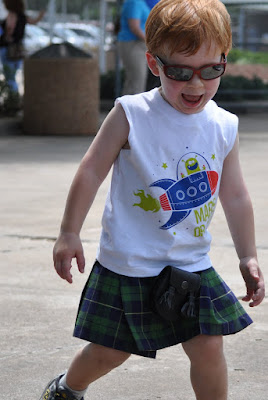 Tom's bagpipe band played at the Scottish Festival last weekend. Aleck had a blast! He is such a hit with his red hair and his little kilt. Despite being 8 1/2 months pregnant, I tolerated the heat fairly well. 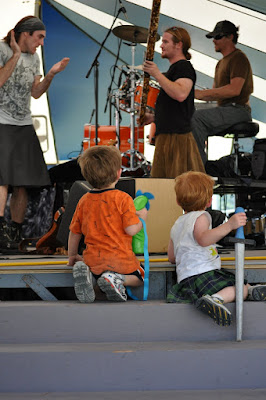 Aleck was mesmerized by the band, Brother, a celtic tribal trio. It was all I could do to keep him from climbing up on stage during the performance. 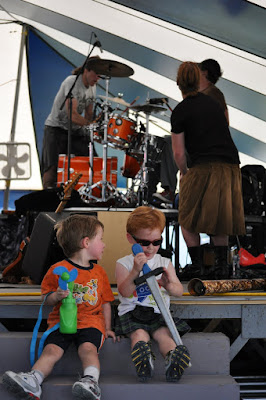 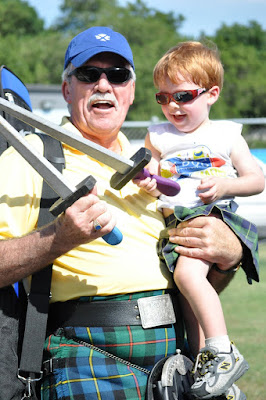 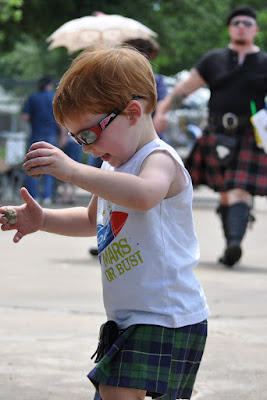 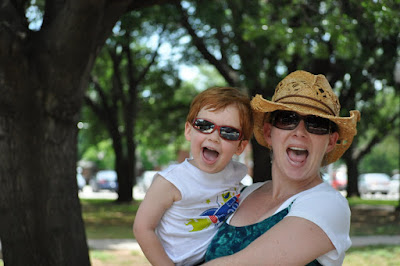 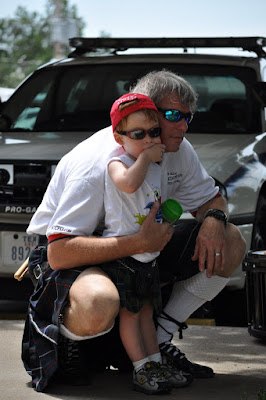 Taking it all in with Dad.

Adorable!
I love the picture of you and AJ.
They are all great pics.