This was our second year to ride the Grapevine North Pole Express.  The kids wore their cozy flannel pajamas.  We sang Christmas carols before boarding the train.  Aleck was so excited when the conductor punched his tickets, but not as excited as he was when he saw Santa walking up the aisle.  Aleck asked Santa for a Jesse doll from Toy Story 3.  When Santa came back down the aisle a second time, Aleck wanted his Jessie doll and Tom had to explain that he had to wait until Christmas.   He is collecting the cast of the movie.  He has Woody, Buzz Lightyear, Mr. and Mrs. Potato head.  He wants Jessie and Slinky Dog.  Ella wasn’t so crazy about Santa, but she thought the hot chocolate rocked! 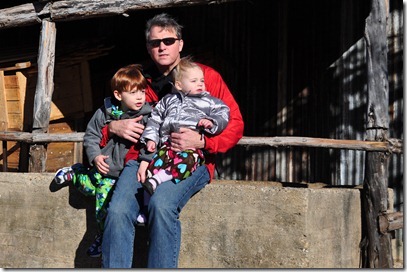 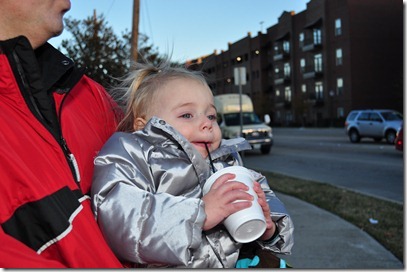 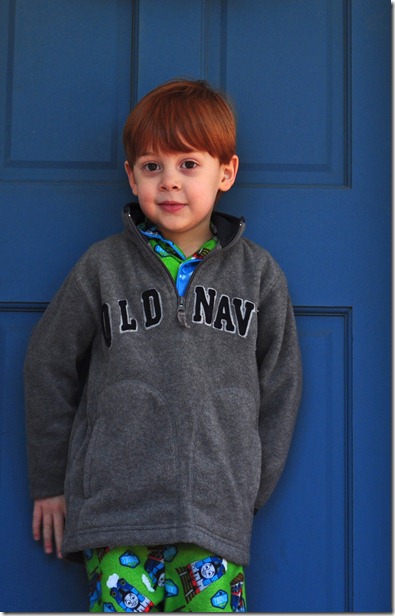 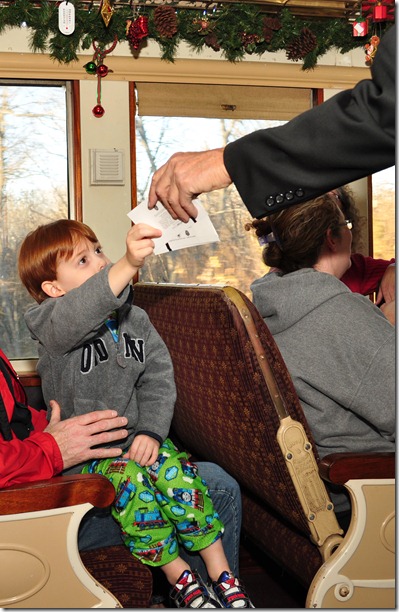 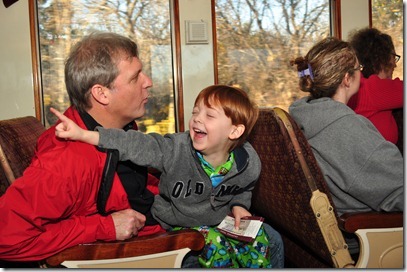 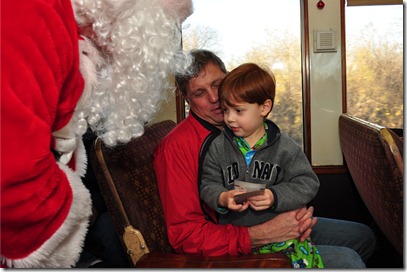 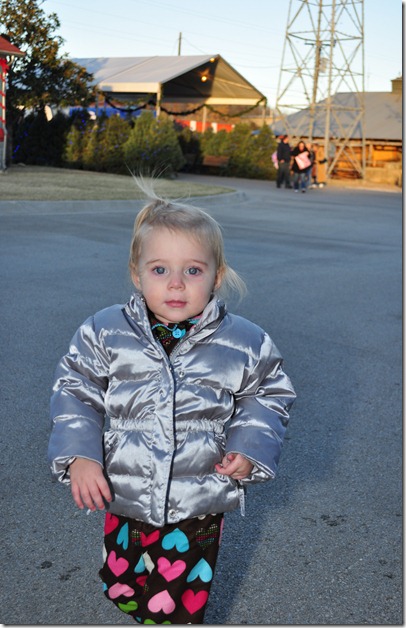 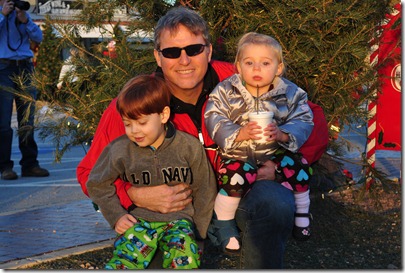