Aleck and Daddy have been looking forward to the Plano Train Show for months.  Aleck sleeps, breaths and eats trains.  He wanted an electric Gordon train that we saw when we first arrived at the show.  When AJ wasn’t looking, Tom bought the train and was going to give it to Aleck when we left the show.  Aleck kept saying, “I want a Gordon train. I want a Gordon train.”  We finally gave him the train and he was good as gold the rest of the time.  He sat in the stroller with his new train in his lap, so very happy.

I was amazed at the details of some of the train layouts.  Some of my favorite layouts include the car lot and the carnival.  I am trying to take more pictures in the manual mode on my camera, so some pictures are a little blurry.

A highlight was the train ride around the courtyard.  Mommy was lucky enough to actually make it in some pictures this time. 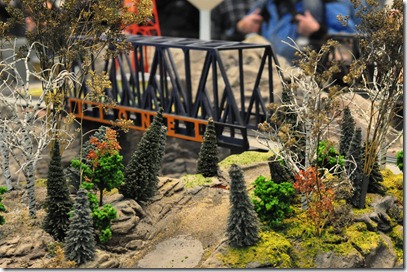 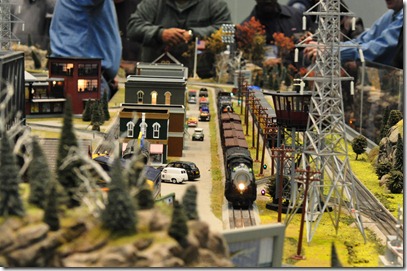 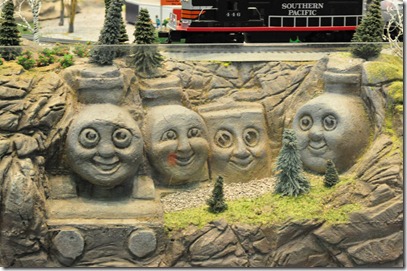 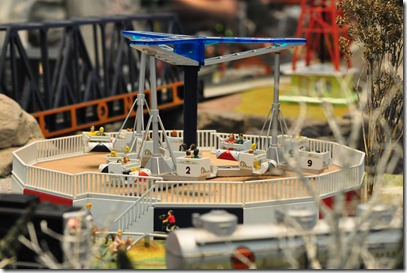 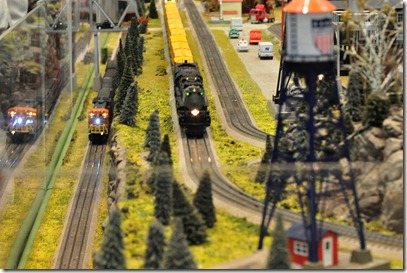 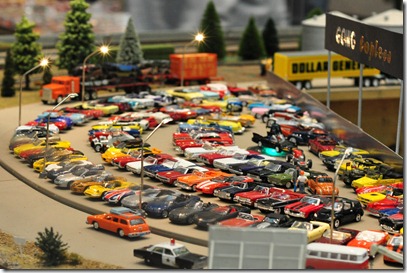 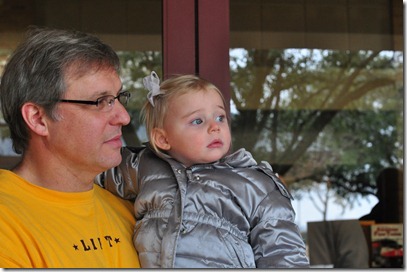 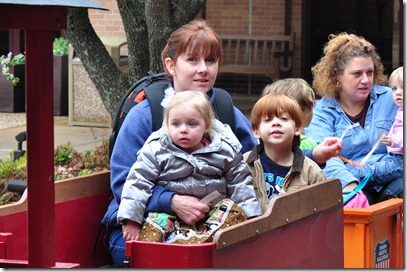 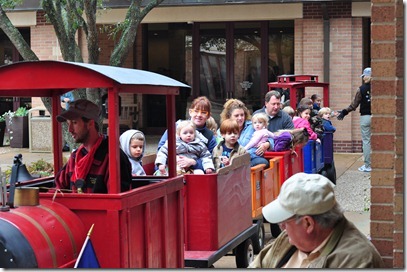 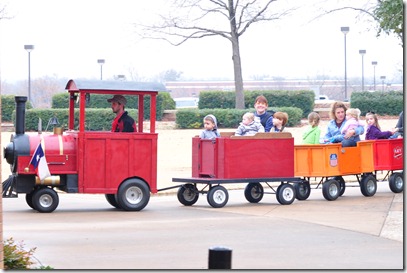