Joni was supposed to come over for cupcakes on Aleck’s birthday, but Ella was under the weather.  Since there have been four confirmed cases at Ella’s school, we thought she might have pertussis, or whooping cough, a highly contagious disease.  Thankfully, Ella’s test came back negative today and Joni was able to come visit.  The chocolate cupcakes from Hot Chocolate were wonderful, and Aleck loved his gift, Toy Story soldiers.  Aleck lined the soldiers up on the fireplace, but that didn’t last long because Ella enjoyed torturing him by knocking them down.

The soldiers rekindled his interest in Toy Story, because Aleck slept with Woody tonight.  Thanks, Joni, for assisting Aleck in his quest to possess the entire cast of Toy Story.  He must be going down his checklist of characters in his mind because he said, “These aren’t the same thing as monkeys are they?”  Oh brother, we know what his next gift request is going to be. 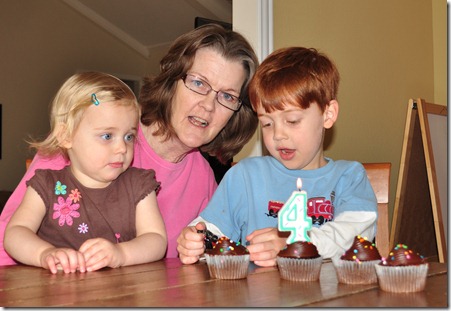 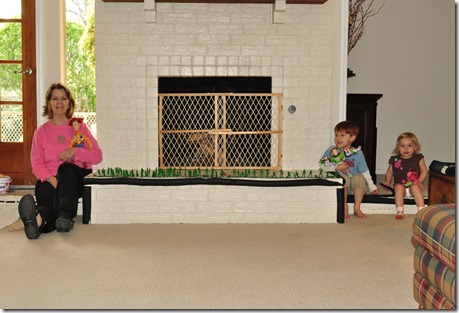