Mom and Dad have gardened for as long as I can remember.  When we were little, too small to help, Dad built us a tree house in the back yard in front of the garden so they could keep an eye on us while they worked.  Glenda and I would play in that tree house for hours, while Momma worked in the garden.  I remember one time Momma dropping her hoe and taking off screaming down the row after she had seen a snake.  She was sure it was a diamondback rattler.  I’m pretty sure she wet herself that day.  She refused to go back to the garden for a few days after that.

When we were old enough to help, my parents made us work in the garden alongside them.  Man, I hated gardening.  It was hard work.  Unless we got up early in the morning, it was hot as blue blazes.  I might add that I have NEVER been an early morning person, so it was usually hot as blue blazes when I was in the garden.

Even when we were in college, we would eat supper together and head to the garden.

Isn’t it funny how life completely changes our perspective on things.  Looking back, those times in the garden alongside my family are some of my most treasured memories.

This week, the tomatoes were putting on their last show before the vines begin to wither.  There are few things in life that taste as good as a tomato sandwich on white bread with a little salt.  I was one happy girl. 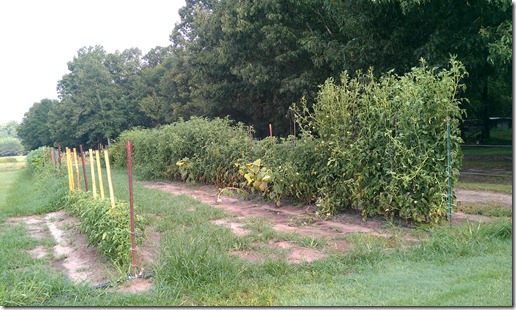 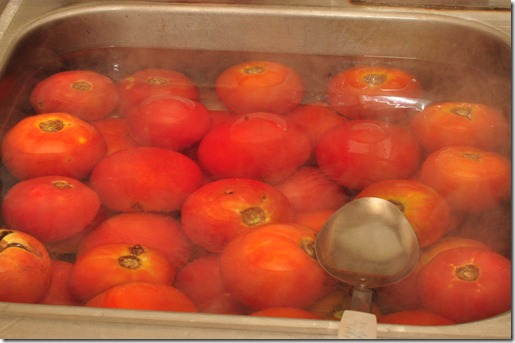 We filled the sink with a mess of tomatoes and covered them with boiling water to loosen the skin. 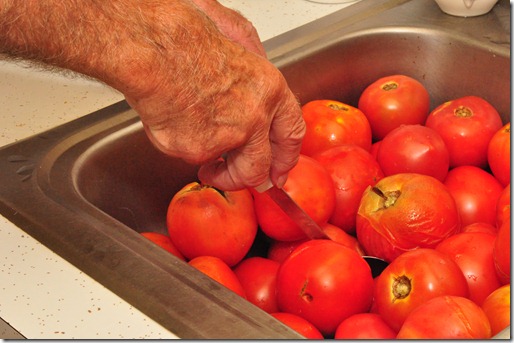 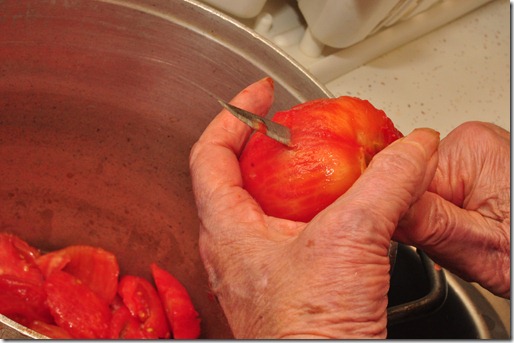 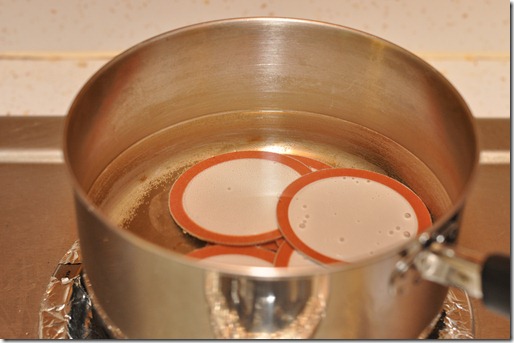 While the tomatoes were cooking, we boiled the lids to sterilize them.  The jars were still hot after a hot rinse in the dishwasher. 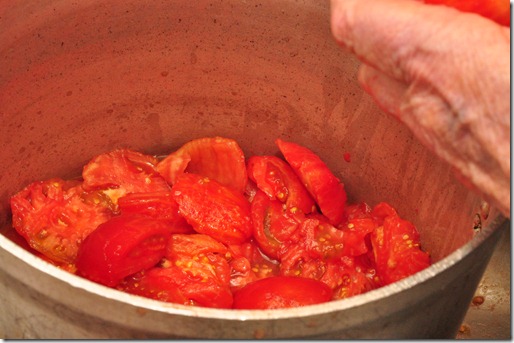 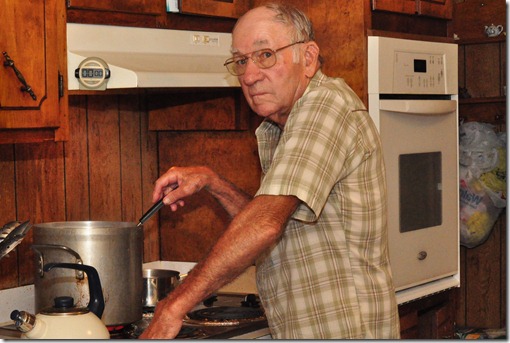 For the life of me, I can’t remember how long we cooked the tomatoes, but the look on the stirrers face says it was quite some time. 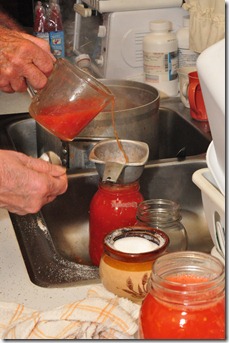 Next, we poured the tomatoes in the jars. 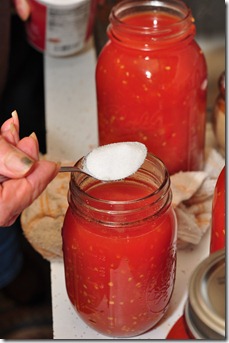 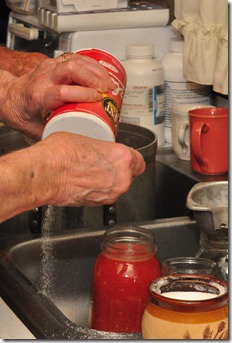 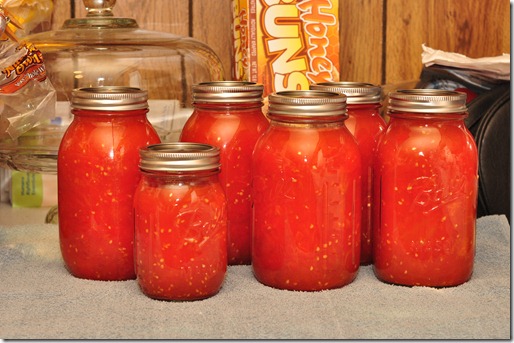 After hours of work, the end product was six jars of tomatoes.  It’s a ton of work, but worth every bit of it.  I can totally taste the difference in soup or chili when I use my canned tomatoes.  The greatest thing about it is that I know that my food wasn’t drowned in harmful pesticides, and it was picked at the peak of ripeness.

I’m making the trek home next summer during tomato season and I hope to fill my pantry with enough tomatoes to last the entire year.

I am so looking forward to putting my kids to work in the garden when the time comes.  I have no doubt they will hate it as much as I did.  But, I also hope that they one day look back with the fond memories that I have with the people that I treasure.

Thanks, Mom and Dad, for teaching us so much about so many things, but especially how to be self-reliant and not be afraid of hard work.  I love you both and am so thankful for you.

Email ThisBlogThis!Share to TwitterShare to FacebookShare to Pinterest
Labels: garden