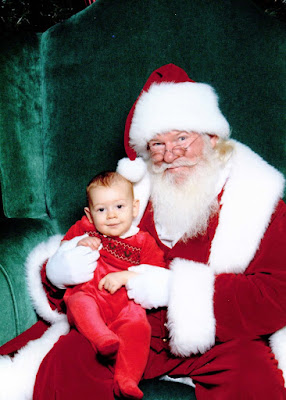 Christmas 2007
For Aleck's first year pictures with Santa, I dressed him in this adorable little red outfit with smocking. Tom said he looked like a girl, but I disagreed and took him to see Santa. While we were in the mall that day, no less that 3 strangers said, "Oh, what a pretty little girl". Sorry honey, you apparently were right. Aleck did look like a girl in that outfit. 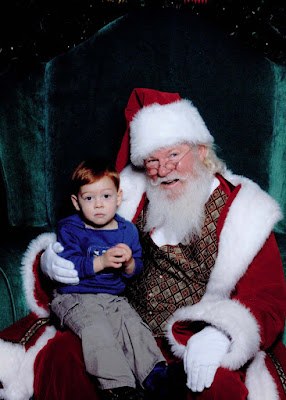 Christmas 2008
Aleck didn't cry, but he wasn't too sure he wanted to be sitting on Santa's lap. 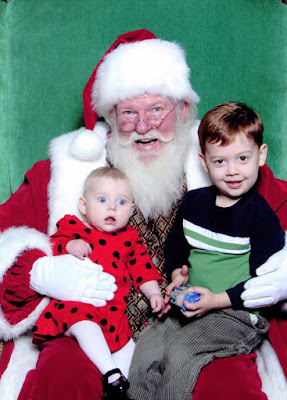 Christmas 2009
Yay! This year I have a little girl that I can dress like a little girl. Santa was wonderful and took time to talk to Aleck about what he wanted and he even gave him a sucker when he finished taking pictures. With coaching from Daddy, Aleck told Santa he wants a bicycle. I think Aleck is beginning to grasp the idea of Christmas a little this year. Notice the train in Aleck's hand. He is obsessed with trains!