For the last couple of weeks, Ella has been talking about dancing at school and “waving at the stars”.  She was talking about practicing for Western Day, which was today.  I thought Ella might be a little shy in front of a crowd, but she danced around and had so much fun.  Aleck wanted his pants tucked in so you could see the stitching on his boots.  At the end of the program, the 1st through 5th grade kids were dancing to some pop song.  They had choreographed moves, but it was a bit chaotic.  That was just perfect for Aleck.  With encouragement from Dede, Aleck stood up, bowed to the audience, and broke out in his break dancing routine.  Those little people of mine never seem to stop amazing me.  They sure do bring their Mommy more joy than she ever could have imagined. 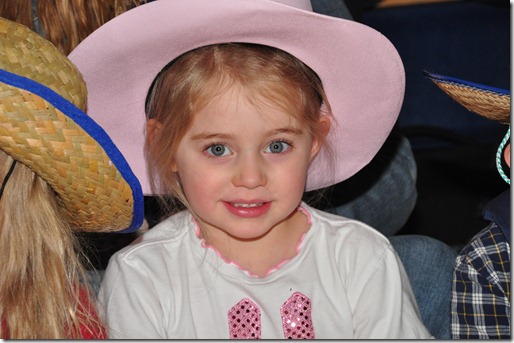 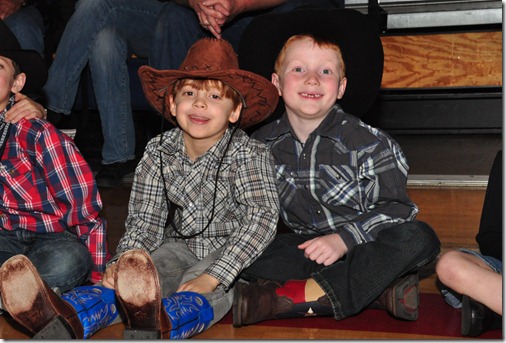 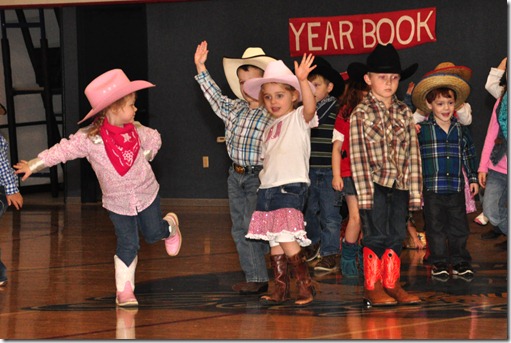 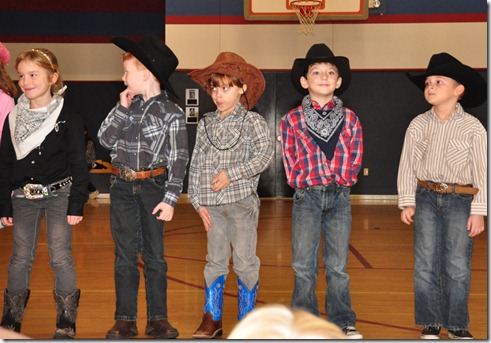