Today was an action packed day.  It started with pet blessings at St. Vincent’s.  We don’t have a pet, but that didn’t stop me from taking Biscuit, Aleck’s stuffed dog.  Aleck and Ella were both so excited to see me when they walked outside with their classmates.  Although I was the only parent today with a stuffed dog, I have a feeling Father Foster has blessed stuffed animals before because he didn’t bat an eye as he blessed Biscuit.  Aleck looked at me and said, “I don’t like it when Biscuit gets wet.” 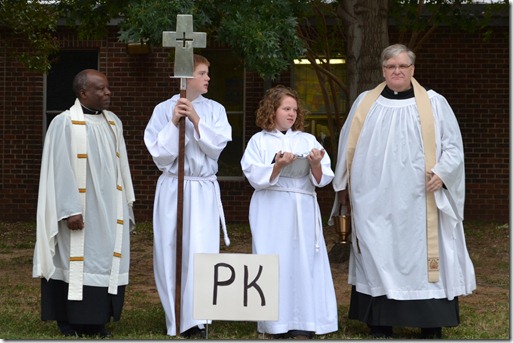 After pet blessings, I raced home to finish last minute preparations for the Aleck’s fall party.  The class has been talking about pets and monsters this week, so the party theme was monsters.  We started the party with the book, “I Love You, Stinky Face”, a story about a little boy that turns into all these different monsters and his mama loves him any way.  Then, we played the game Pin the Eyes on the Monster, which was a huge hit.  Mrs. Dickey liked the game because at the end we counted all the eyes. 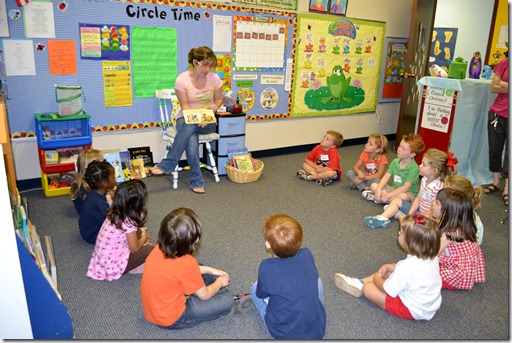 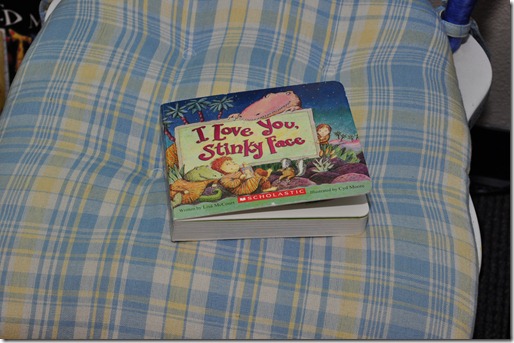 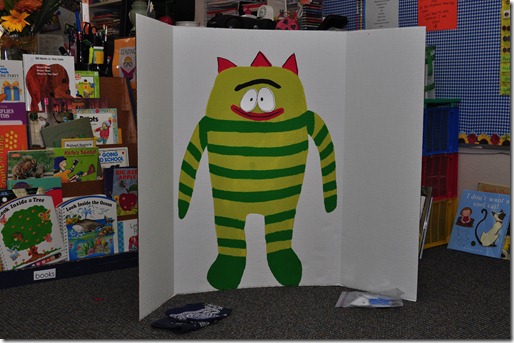 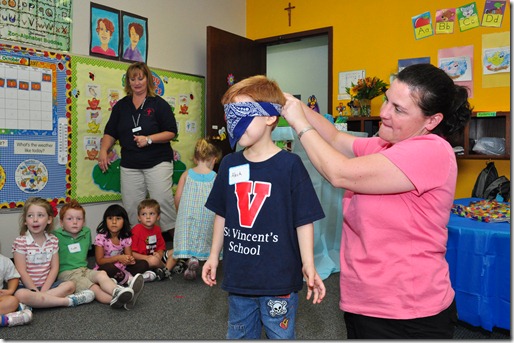 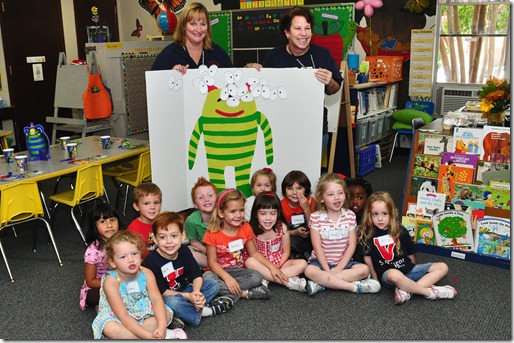 The next game was the Bean Bag Toss to Mikey, the green monster from Monsters, Inc.We got our wiggles out by putting on our monster masks and dancing around the room to the song “The Monster Mash”. 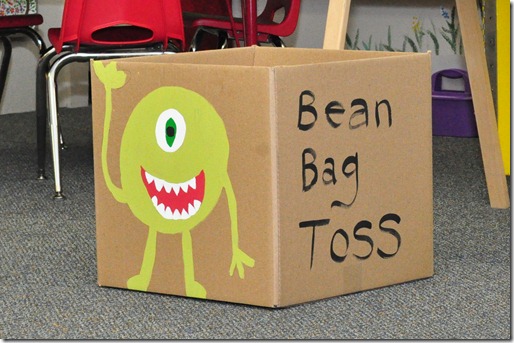 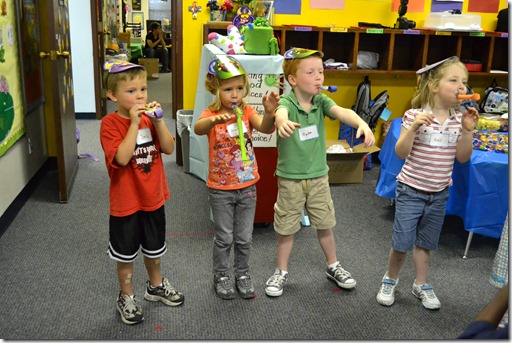 After working up an appetite, we sat down for a delicious monster sandwich.  Some kids loved the olives so much I had to open a second can, and some kids didn’t want to even taste them. 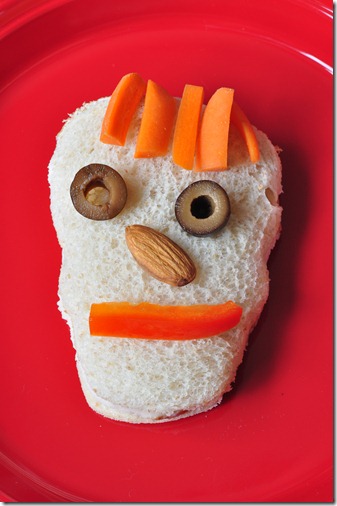 The grand finale was the monster cupcakes.  I found the entire kit at Michaels and it only cost $6 with a coupon.  I love Michaels! 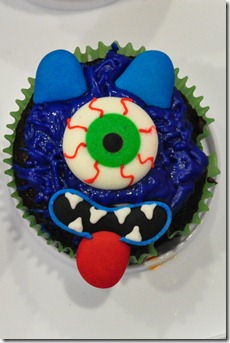 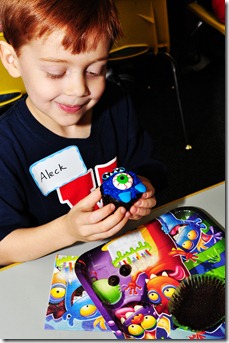 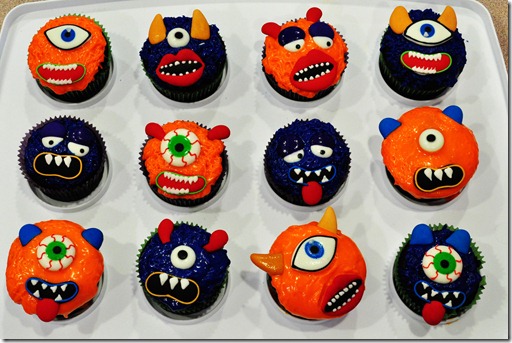 I think this little girls wasn’t sure if she should eat the cupcake, or run screaming from the room. 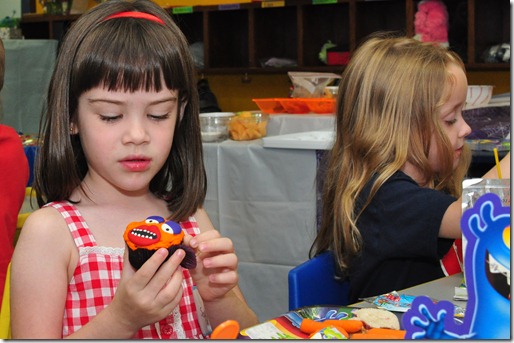 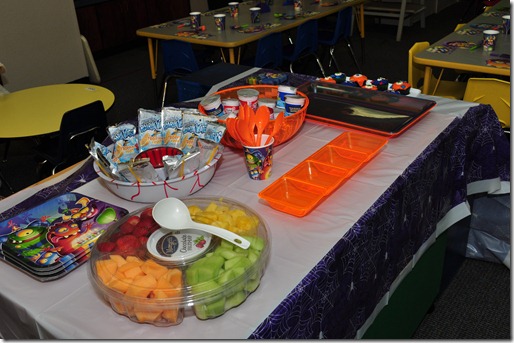 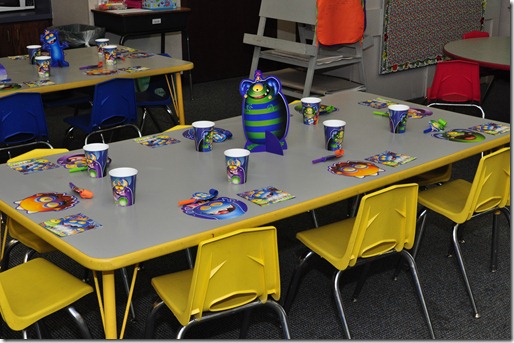 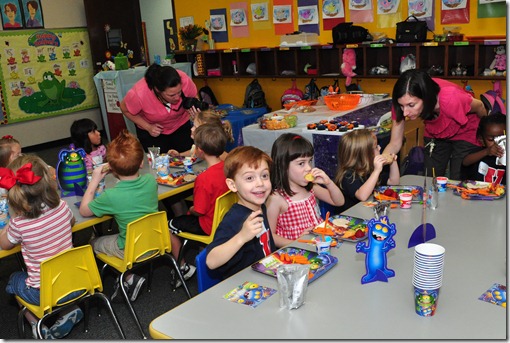 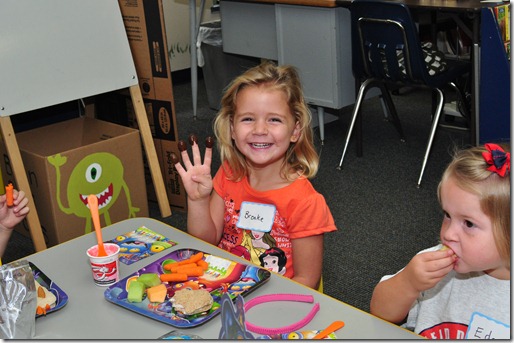 Since Aleck’s party didn’t finish until 12:30 and Ella leaves at 12:00, she got to join us for lunch.  She was such a big girl.  She walked in and sat at the table with Aleck just like she belonged in his class all along.  Aleck was such a good big brother and was so proud his “baby sister, Ella” was there. 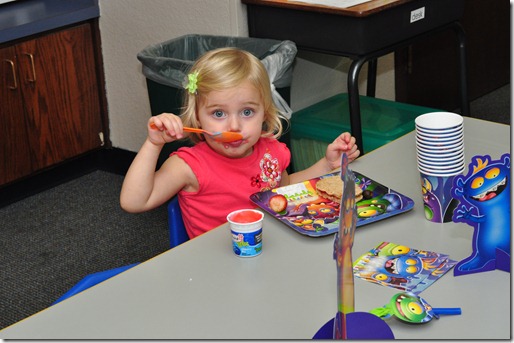 While I cleaned and packed up, Mrs. Dickey finished the party with another monster book.  I was so proud of how well Aleck listened with Mommy around and how well Ella did.  Later in the evening, Aleck told Tom, “Daddy, I think my friends really liked the party.” 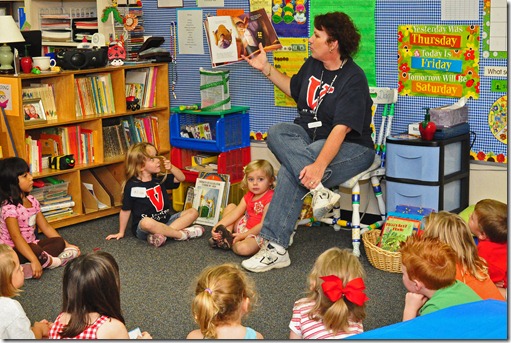 These are some monsters Aleck and I made for class this week.  Mrs. Dickey tried to get Aleck to leave Mikey, the green monster, for the display in the hall, but Aleck said, “He can’t because he gets nervous,” and that was that.  He brought him home and slept with him that night. 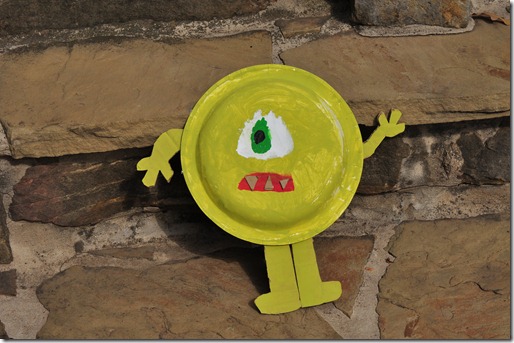 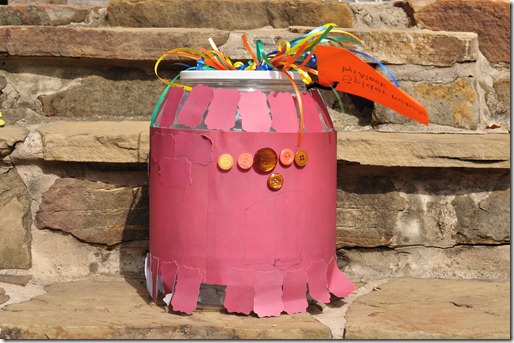 I think I had just as much fun, if not more, than the kids did.  I am so thankful for my sweet children, the opportunity to get more involved this year as room mom, and these wonderful memories.

What a fabulous party and I love the monster board and box you painted. They both looked awesome.
I love the picture of Aleck looking at his cupcake. Priceless!
You are a great room mom and party planner. We would have made a great team if the kids were in the same class. :)